Today’s the day. As if the gods had known it and are for once supportive to me, the sun’s shining when I wake up. It’s still only 2°C outside, but boy, the sun is shining. Finally. Today we will have our first rendezvous this year. Like every year on April 1st. The day starts with an appropriate breakfast — pankakes, maple sirup, icecream, orange juice, and a cappucchino, to get into a mix of Californian and Italian feeling. Ready for our day.

It was a Monday as well. April 1st, 1996. A very remarkable day for me actually. It was my first day as an employee of SAP Labs LLC. At the time still in Metro Tower in Foster City, before SAP Labs moved to Palo Alto where it is still today. I had just finished my Computer Science studies at university and had been working on connecting the SAP R/3 system to the Internet as my diploma thesis, when this whole thing turned out to be the start of a development project at SAP: the Internet Transaction Server. It makes for too long a story, but I ended up having the opportunity to come to California and work on the project at SAP Labs for 3 fantastic years.

When I open the garage, she’s still there. I am relieved. Sometimes you wonder how you would react if the door opened and she was gone. Just a small pile of red rust left on the floor. Where she had been before. But she’s still there. As I have left her last October. Hidden under a red cover. It’s almost a celebration to uncover her. Carefully pulling the cloth off and revealing her step by step. Till finally, she’s back in old beauty. A bit older, but who isn’t? Still in perfect shape and her eyes blinking in the sun… She’s my 1969 Alfa Romeo Spider 1750. A real beauty, I think.

I can still remember how exciting it was to arrive in California and start living and working there. Everything was a new experience and needed to be explored. I only knew San Francisco from the movies or stories I had heard and now being there, visiting the City in all its beauty, absorbing the buzz and the new impressions was for sure worth an experience. That’s when my love for the City got started. Love at first sight. She really left a mark with me.

Some careful wipes with a soft cloth to get the last signs of winter off — some dust here and there. We need some checks of fluids and the battery — still fine. So I carefully take a seat behind the steering wheel. Insert the car keys, send a prayer to heaven and turn the ignition. The engine gives it a try, but only for a split second. We try it a second time. Nothing. Hey, we’ll need some time together again, as it seems. Lot’s of talking. Begging. And finally, I’ll get her started… Not very smooth yet, but we’ll get there. As every year…

We worked in a small team. Just four guys and a mission: Get the product ready in no time. I can remember how we worked like crazy: Thomas G did the development and benchmarking tools, Michael B did the R/3 specific protocol adaptations, I did the server core and the installer and Michael H took care of all the rest, including our travel itineries to Germany and back every few months. Some days we worked through all night, just to get the next milestone done or reach yet another looming deadline. It was the best team I ever worked in. The most influential project that I ever had the opportunity to be part of. Lot’s of hard work, but also lots and lots of fun!

So finally, after some time getting warm with each other, we can take off… Leaving town behind us. Driving through the open fields. The cold wind blowing around my head, the wooden steering wheel feeling nice and soft in my hands, the sun above, the heating slowly getting warmer from below. It’s that very special feeling again. The one that makes her so unique. And she’s getting into it as well. Her engine gets warmer and runs smoother and smoother with every mile that we pass. She’s back to life. Finally. I think we’re getting into it again this year. It’s all memories and nostalgia about previous summers we’ve spent together. It will take some time, but we’ll get there again. We’ll have a great time together.

The three years passed like nothing. For some or the other reason the decision was taken to go back to Germany and not stay in California. It’s difficult to tell in retrospective what set the trigger. Many reasons coming together. But I guess you have to loose something first to really learn to appreciate what you had. Till today I wonder from time to time why I didn’t stay in California? How would my life have been since then? How would it be today? What opportunities did I miss? Was it right to go back to Germany? But then, in the end, I tell myself that it doesn’t matter. Decisions were taken differently at the time. Even though it was one of the best times in my life, it’s the past. And so things are as they are. What does it help to speculate about what could have been? It’s all memories by now. The only thing one can influence is the future. 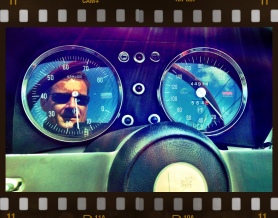 So Maybe this will be my year…

This site uses Akismet to reduce spam. Learn how your comment data is processed.